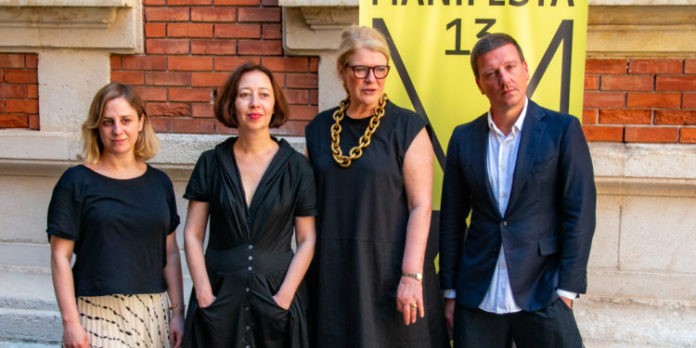 While the list of cancelled fairs and events is getting longer, Manifesta maintains its 13th edition in Marseille between August 28th and November 29th. Claiming 75% of projects from the local sphere, its central programme of Traits d’union.s exhibitions aims to: «build new alliances, practice new forms of living together by working with, within and through institutions already existing in Marseille». An act of resistance as summed up by Hedwig Fijen, Dutch art historian and founder of Manifesta, who does not exclude thinking about a more lasting anchoring after decades of nomadism and global expansionism of art fairs and biennials. A paradoxical and challenging situation according to her.

1- Manifesta has been postponed to the end of August, what changes did you decide in order to take that decision possible ?
We have indeed just announced that we will be going ahead with Manifesta 13 Marseille this year, between the 28th August until the 29 th of November 2020, being the only biennial taking place in the autumn 2020.
Before we came to this decision we of course had to consider various scenarios which all
had their pros and cons. In order for Manifesta 13 Marseille to still take place in 2020, we
needed to think out of the box of the traditional format of opening and events. So, rather than a grand opening when all the exhibitions will be on display right from the beginning, the three components of Manifesta 13 Marseille: the central exhibition Traits d’union.s; its Education and Mediation programme Le Tiers Programme and the parallel programme Les Parallèles du Sud, will start to unfold, gradually, and in a more processual way with a series of events and ongoing series of activities from the 28 th of August until the 29 th of November 2020. This was a solution to many of our obstacles, including the different levels of flexibility that each of these projects, venues and participants will require. We were lucky that most of the artist were able to come to Marseille before the French lockdown and had already started their production, so the programme’s content won’t fundamentally change. Furthermore, we are working on a more intimate welcome by rethinking the format of the guided tours for example, at Espace Manifesta, but also at the Tiers QG, the Education and Mediation space that has been showing a series of exhibitions and events as part of the Invisible Archives project. For each project we hope to find a suitable and safe solution which is comfortable and acceptable for the artists and other participants following of course the security measures recommended by the ICOM, the Museums of France, and in close collaboration with our partner the Musées de la Ville de Marseille, and the precious help of its director Xavier Rey along with its chief contemporary art curator Thierry Ollat, who have been guiding us very precisely in what we can or cannot do.

2- What sort of audience are you aiming for this year? and through which
estimations ?
Every edition of Manifesta is primarily focusing on local and regional audiences since these consist of 70 to 80% of our visitors. But we are now even more focusing on the national, regional and local audiences and less counting on the international visitors. As it is absolutely impossible to make any projections on the state of international mobility right now and for the months to come, nobody is able to identify if some of ou international communit coming from all over the world but more specifically from Europe will be allowed to travel any time soon.
We also need to see how people will be eager to go out at the end of the summer. Honestly, it’s quite an experiment for everybody, the museums that are opening this summer for example, will they have much visitors? We will learn from that too.

3- Faced with the explosion in the number of Biennales around the world, in what way does Manifesta claim an alternative co-responsible model? (Favouring the “existing” of a territory rather than favouring expensive productions)

Manifesta has always been a migrant organisation looking for asylum every two years and having to adapt to the needs of each host city. In terms of cultural and societal issues, mostly means reinforcing existing cultural infrastructure, and using the city a magnifying glass to look at a world at large. I believe that our model may adapt well to our current situation of constant uncertainty as we are perhaps a little more used to the flexibility that it demands. We are all aware in the art world that this global expansionism of art fairs, biennials and extended events all year long in a 24/7 economy is playing a considerable role in the total destruction of our planet caused by the consumption model of global art but also our addiction to fossil fuel. The emergencies that threaten the world as we know it- from the waning utopianism of the 20th century modernity to the end of climate stability of the Holocene- have since urged us to rethink and remodel our lives, markets, economies, dreams and realities, including the concept and model of a migrant biennial.

Our answer will be looking for an alternative model and rethinking the existence of Manifesta and dedicate our resources and time, maybe new forms of solidarity, extensive forms of taking care for each other in more local settings, reinforce existing more intimate cultural infrastructures, create different forms of social and educational projects and long term close by impact and legacies, instead of the far horizon of the global success, which can still focus on the production and co-creation of emergent new artistic forms and practices think about how to maybe focus on more new constitution of co-existence in host cities, creating sustainable alliances instead of temporary exhibitions, shying away even more from the markets, and reinforcing existing public institutions which were broken down in favour of private enterprises.

There is a general need for slowing down, and looking for co-support a legacy that creates ties of solidarity that are turned in more permanent regional foundations for artistic and social affluence. We are already reworking the model of our biennial in relation to the next M14 project in Pristina where we hope to diminish our carbon footprint, grow solidarity, become less visibly spectacular, producing more long term change and alliances between institutions in Kosovo and the rest of the world instead of developing one time series of exhibitions, with no legacy for local audiences, capacity building, raising questions about untold histories, and therefor focus more reinforce what’s productive there and create sustainable alliances both in arts, architecture and heritage.

4- Manifesta will build on the existing potential of Marseille, how will this be
translated ?

One thing we have come to realise with our previous editions, particularly with Manifesta 12 in Palermo, is the importance of strengthening the local potentiality. Rather than organising exhibitions for international visitors, Manifesta’s focus has gradually shifted to supporting existing local initiatives for urban and social transformation processes. This collaborates to improve the host city’s cultural infrastructures, thus contributing substantially to the development of a more sustainable legacy. That is why Manifesta 13 Marseille kicked off in 2018 with Le Grand Puzzle, an urban study that we commissioned to the Dutch studio MVDRV run by architect urbanist Winy Maas which then gave way to a series of citizens’ assemblies called Le Tour de Tous les Possibles, where Marseille citizens are coming together around a common goal: to imagine new possibilities for Marseille, and to invent the city’s future, through subjects and facts that were drawn directly from the study: accessibility, anthenticity, collectiveness, inclusiveness, cleanliness, innovation. A publication is due to be released for the kick off in August 2020 and that we hope to do a “so called” mirror moment, a present to the city of Marseille as part of those citizens’ assemblies. Inviting citizens to dicretly become decision makers of the future of their city.

Two out of the three components of Manifesta 13 Marseille already have a quite intrinsic
local approach, Le Tiers programme, the Education and Mediation programme and its space Le Tiers QG have been working for more than 2 years now on revealing the unvoiced stories of Marseille and its people through the Invisible Archives project which consists of a series of exhibitions and events that gather both local artists and associations. The collateral events Les Parallèles du Sud will show projects cocreated between local and international stakeholders with a total of about a hundred events taking place throughout and supported by the region Sud.
Manifesta 13 Marseille aims at helping local associations to create positive and constructive sustainable solutions – both material as well as intangible infrastructure that exceeds the biennial execution and stays with the host city. If the work we are doing truly engages the home-based in a constructive way it naturally leads local bodies wanting to join forces. Wonderful things happen through cultural activities, for and within communities, when people come together.

5- How do you imagine the world afterwards ?
With the upcoming, thirteenth edition of Manifesta 13 this summer in Marseille, the upcoming 25 th anniversary of Manifesta in 2021 and the first activities of Manifesta 14 in Pristina which have just started, we are very much aware that this current health crisis followed by a possible economic crisis, creates the right momentum and maybe even the ideal circumstances for Manifesta, to reinvent itself, its nomadic model, its ambition to create a legacy, its exhausting strategies, its rigid structure every two years appearing in a new city and governance in close alliances with cities authorities and public bodies. As a migratory biennial looking for host cities every two years Manifesta might begin to miss the possibility of a stable home base. 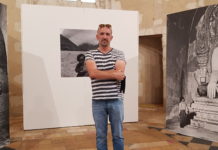 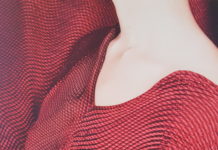 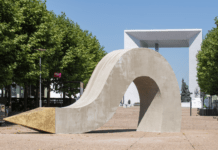 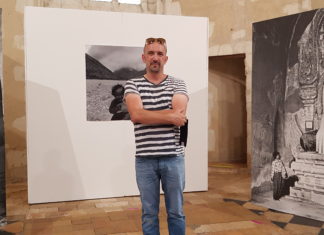