Together, Friee London and Freze Masters will bring together galleries from 42 countries, presenting art across the ages, from ancient and old masters to modern classics and the contemporary. Featuring some of the most exciting artists working today, as well as expertly curated selections from art history, both Frieze London and Frieze Masters will celebrate the depth and breadth of London’s creative community.

The world’s leading galleries will showcasing ambitious solo, group and themed shows that offer an opportunity to discover up-and-coming talent and engage with work by some of today’s most celebrated names. Highlights include:

Alongside the main section of the fair, Focus is devoted to galleries established in the last 12 years and provides a platform for today’s most exciting emerging artists. This year’s must-see presentations include:

This year’s curated section of the fair,Indra’sNet, overseen by Sandhini Poddar (Adjunct Curator at Guggenheim Abu Dhabi) will feature a selection of international artists whose work engages with the idea of Indra’s Net, a term derived from Buddhist and Hindu thought that refers to an ethics of being in which an individual atom holds within it the structure of reality.

Celebrating the 10th anniversary of Frieze Masters, the fair will bring together a snapshot of art history – from rare antiquities and Old Master paintings, to luminaries of the 20th century. Frieze Masters highlight stands include:

Returning to the fair for the second year, the Standout section of the fair this year explores the idea of ‘Global Exchange’. Once again, the section is curated by Luke Syson (Director and Marlay Curator of the Fitzwilliam Museum, University of Cambridge) who describes the makers of art objects as ‘open-minded, even large- hearted, to a degree that is unusual in the arts’, explaining that ‘they embrace ideas, materials, designs and techniques that might have originated very far from home. In a world that today feels both more joined up and more culturally fraught than ever before, the histories of these works trace a complex and fascinating history.’ Highlights of Standout include:

Amir Mohtashemi will showcase works including a pair of 19th-century Indian watercolor paintings of ducks, which would have appeared within an album of ‘Company School’ paintings by local artists commissioned by Europeans to record the likenesses of flora and fauna.

The much-celebrated Spotlight section of the fair is this year curated by Camille Morineau and the AWARE team. Featuring 26 solo presentations by female artists of the 20th century, the section will draw attention to previously overlooked names and allow a reconsideration of recent history. Highlights include: 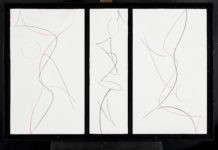 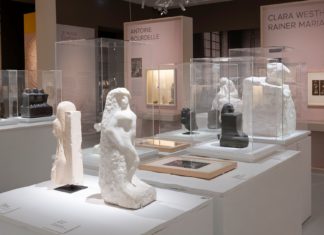