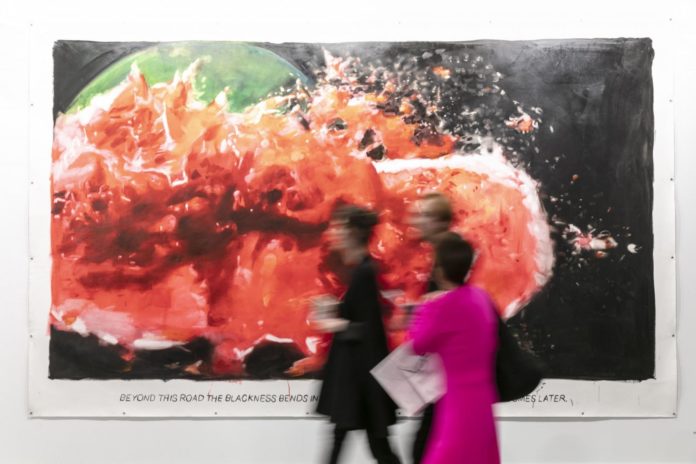 A total of 130 galleries from 26 countries will participate from July 7th to 11th in halls 7 and 9 of IFEMA MADRID, of which 105 form part of the General Programme in addition to the 10 galleries in the curated Opening section and the 15 galleries represented in ‘REMITENTE. Latin American Art’.

One of this year’s novelties is the concentration of 25 Artist Projects, all by women, to help raise the visibility and prominence of the creators.

ARCOmadrid 2021, organised by IFEMA MADRID, will celebrate its 40th edition from July 7th to 11th with the intention of marking a turning-point to relaunch and reactivate the contemporary art market. To meet this challenge of offering a scenario ripe for reactivation and long-awaited professional encounter, ARCOmadrid further promotes its collaboration with galleries in a conscientious endeavour to drive the art market, promote artists and foster collecting.

In addition to the quality of the artistic contents, the galleries will focus on the presentation of one or two artists and there will be an increased contribution of Artist Projects, this year a total of 25 dedicated exclusively to women, highlighting the close collaboration between the fair and the galleries and, in particular, between the latter and the female artists. All of this will be enhanced by the intervention of different architects and designers to create the most architectural of fairs and constitute a new format for ARCOmadrid 2021.

On this very special edition, Latin American presence takes on a different and more realistic prominence. ARCOmadrid incorporates the REMITENTE. Latin American Art section, produced in cooperation with Mariano Mayer. A proposalset to reflect the importance of Latin American art at the Fair. The essence of this programme is to facilitate and support the galleries that on this occasion could not travel to Madrid. This way, they will have the opportunity to present pieces that do not require transportation from the American continent. The section proposes the possibility of including works already present in Spain or Europe; that can travel in digital formats; that can be produced following instructions and even works brought to this edition of the Fair thanks to mutual support and collaboration between galleries.

As always, ARCOmadrid takes an interest in new galleries which, either due to their short trajectory or because they are new to the Spanish context, present interesting proposals and allow for the discovery of other creators. Thus, through the Opening Programme, with a selection made by Övül Durmuşoğlu and Julia Morandeira, the fair will provide a space to explore galleries such as Jahmek -Luanda-; The Pill -Istanbul-; Balcony -Lisbon- or Eugster Belgrade -Belgrade-.

With a view to renewing and driving new collecting, ARCOmadrid once again offers the free advisory service for the purchase of works during the Fair, First Collectors by Fundación Banco Santander, and fosters the Young Collectors programme to invite around thirty young international collectors. All of this in addition to the classic International Buyers’ Programme and that of special guests, that will bring 220 collectors and 90 professionals from 35 countries to Madrid.

This year, the ARCOmadrid Forum comprises an intense programme of debates hinging on three axes: sustainability, the future of the market and art fairs, and creation for the future.

In addition to these contents, there will also be the dialogues of the ArtsLibris Forum, “Ways of Doing”, between David Maroto and Cristina Garrido; Valentina and Ángela Molina, and, with the collaboration of TBA21, Thyssen-Bornemisza Arts Contemporany, Daniela Zyman and Mario García Torres.

The programme of Spanish art promotion will also take place. Organised with the collaboration of AC/E and coordinated by hablarenarte, it includes a series of visits with the aim of facilitating the encounter between Spanish gallery-owners and artists aligned with the interests of each professional invited.

Architecture and Design at ARCOmadrid

Architecture and design take centre stage once again at this edition. Burgos & Garrido Arquitectos is the firm responsible for the spatial design of ARCOmadrid, along with others in different areas of the Fair.

The VIP Lounge will be a space created by Studio Animal (Javier Jiménez Iniesta); Estudio Gonzalo del Val, y Toni Gelabert. Arquitecte, in collaboration with Leading Brands of Spain Forum and its companies: Actiu, Enea, Estiluz, Inclass, Joquer, Kriskadecor, Lladró, LZF, Naturtex, and Ondarreta, and other design brands such as Escofet and Agronatur. This place will provide a haven for galleries, collectors and special guests to meet and rest in, and a restaurant operated by Mallorca. The ´Salida`projectwillbe made up of 80 birch trees to create a unique atmosphere. On the inside, it will house the Cervezas Alhambra and Ruinart Lounge x David Shrigley.

On the other hand, SALA 40, designed and decorated by Revolución LIMO and the architecture firm Del Pino Del Valle Arquitectura, in collaboration with Monamour, Moblibérica, Aistec, Atelier and Aromas, will host different events over the course of the Fair.

The Fundación ARCO Lounge, designed by Galería A, Ángel Schlesser, with the collaboration of Gancedo and VBo Spagna, will comprise a minimalist space with original mid-century pieces. Additionally, the Exhibitor´s Lounge, the private exhibitors’ area, is a project by Houtique, and will display the winning work of the VeePee Creativity Award inside it.

The ARCO Terrace, decorated with furnishings by Isimar and Cotantic, with the collaboration of The Flower Room, will house different activities during the Fair, and serve as a meeting point for those attending the private visits.

ARCOmadrid will provide restaurant areas to professionals and public alike, such as ARCOlunch by IBERIA, and the Ruinart Champagne Bar or illycaffè.

Support of the private initiative and institutions

As an exception this year, ARCOmadrid 2021 will be held from July 7th to 11th in halls 7 and 9 of IFEMA MADRID, dedicating the first three days exclusively to professionals, and opening its doors to the public at the weekend. 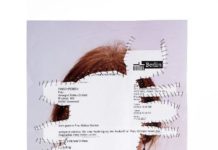 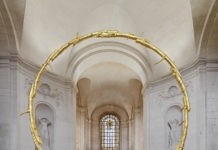 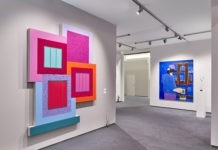 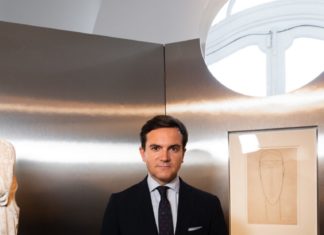